You and I are friends now.

That’s right. At 7:30-something p.m. Maritime today, it’s the 40th anniversary of the day I took my first breaths on this crazy, mixed-up world.

As legend has it, it was a happy day in Antigonish, N.S. My parents had wanted a girl, but I was preceded by two boys. When I emerged, my father was overjoyed. 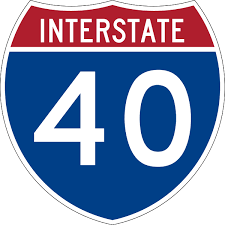 He got his girl.

And the story has my dad tearing down Main Street in his car, yelling ‘I GOT MY GIRL! I GOT MY GIRL!’ and heading straight for the Tavern to buy all the b’ys a round.

Ever since then, it’s been a helluva ride.

I’ve been the quiet, shy girl.

I’ve been the poor kid from the wrong side of town.

I’ve worn hand-me-downs from my cousins … and my brothers.

I’ve been the nerd who wasn’t allowed to wear makeup, date boys or be out after dark.

I’ve been picked on and bullied.

I’ve been too young to do this, that and the other thing.

I’ve been sexually and emotionally abused.

I’ve hurt and been hurt.

I’ve used and been used.

I’ve sat through every minute of a murder trial.

I’ve listened to a little girl scream her head off after her dad blew her mother and himself to smithereens.

I’ve watched a man snap his leg in two, trying to get to third base.

I’ve watched a man break his collarbone for a puck. 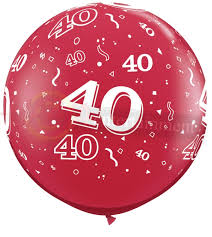 It seems like it’s all come together in the last year, though. I’ve finally figured out who I am and I’m happy with that person. I know what it’s like to be alone and be comfortable and content in that place. I’ve fallen in love and had someone fall in love with me. I’ve been promoted at work. I’m even paying the bills.

And yet some people want to deny me the past … or even the future.

I don’t remember every minute of these 40 years. Sometimes the beer is blame.

But I own every single one of those years. They’re mine. They’ve made me who I am today.

I own every single line around my eyes. OK, OK … I’ll get rid of the grey in my hair. That’s my last grasp of denial.

But please don’t take my experiences away from me. After all, they’re why you keep coming back to these pages.

Deny your days if you must but today I’m celebrating.